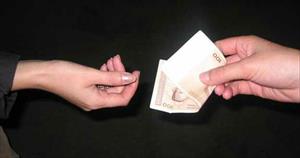 The Index rating list published by the Transparency International shows that BiH has fallen down by 11 places compared to its position last year, and now it shares 101st position with Kosovo, out of 180 countries in total. Croatia is the best ranked of the countries in the region, although it has also declined by 3 places, taking the position 63. Montenegro and Serbia are ranked the same like last year and take 66th and 91st position respectively, while North Macedonia fell from 93rd to 106th position and is currently holding the worst position in the region.

According to the report, such huge decline of BiH is a result of irregularities in election procedure, law on financing political parties and election campaigns, which deprived citizens of the right to have free and fair elections, which was something TI BiH pointed out during its monitoring over election campaign. BiH is one of the countries with a constant increase in the most serious forms of political corruption due to which it cannot guarantee its citizens basic human rights.

Brutal repression and threats to voters, manipulations with the voters list and election results, and complete mobilization of the country resources by the ruling parties, are the things that keep the country away from taking political responsibility and democracy. As a result of irregular elections, BiH government has a very questionable legitimacy, which is additionally compromised by the appointment of the convicted criminals to the highest functions of executive government. Parliaments, deprived of any parliamentary oversight function, treat MPs as spokespersons of party leaders, without any chance to put some of the anti-corruption laws, such as law on conflict of interest, financing of political parties or High Judicial and Prosecutorial Council, into a position to be adopted.

Complete political control, as well as organized crime control over judiciary, requires priority action. Unfortunately, initiative of the civil society organizations to perform vetting of all judicial function holders was ignored by the BiH authorities, but not by the EU. This is also part of the wider problem of the lack of implementation of the EU Strategy for the Western Balkans.

“BiH has found itself in a situation in which corruption became official state, entity and cantonal policy, and this can bee seen in every action of the institutions – if you analyze any appointment, tender, regulation, you will see a very clear, particular interest behind”, it was emphasized by the Chairman of the TI BiH Board of Directors, Srdjan Blagovcanin, commenting the results of the Corruption Perception Index.

Based on detailed and comprehensive analyzes, TI BiH has prepared a proposal for measures that should systematically address the causes of corruption. They refer to the improvement of the electoral process, reforms in judiciary with emphasis on vetting, detailed systemic examination and revision of the public sector and public enterprises, which should result in rationalization and depoliticization of the listed, The Srpska Times reports.