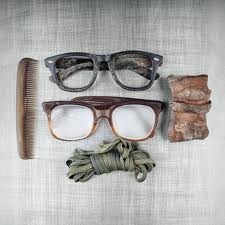 Ziyah Gafić photographs everyday objects—watches, shoes, glasses. But these images are deceptively simple; the items in them have been exhumed from the mass graves of the Bosnian War. Gafić, a TED Fellow and Sarajevo native, is photographing every item from these graves in order to create a living archive of the identities of those lost.

In the video, which can be watched by clicking on the link below, Gafic speaks about the reasons for making photographs of exhumed objects that once belonged to people who were killed in genocide in Srebrenica. Namely, he says that:

“The items that victims carried out during the execution are carefully cleaned, analyzed and stored. These objects are used as a forensic tool in visual identification of the victims. Once the forensics and doctors are done with these objects, they become an orphans of the narrative, many of them become destroyed, believe it or not or simply shelved, out of sight and out of mind. I decided few years ago to photograph every exhumed object, in order to create a visual archive that survivors’ could easily browse. As a storyteller, I like to give back to the community I like to move beyond raising awareness.”

We strongly recommend to watch the whole video on TED Talks: