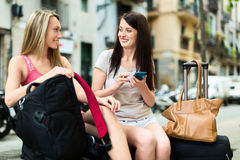 Macedonia, Serbia, Montenegro and Bosnia and Herzegovina have been able to establish their own regulatory market and will introduce lower roaming prices as of 30th of June, said Macedonian Minister of Information Society and Administration, Ivo Ivanovski, reports Macedonian Information Agency (MIA).

Prices for roaming phone calls will be reduced by 73 % while the price of mobile Internet roaming will fall by 90 %. In addition, text messaging rates will fall from 0.2 EUR per message to 0.09 EUR.

Minister Ivanovski said that Macedonia and its neighboring countries managed to reach an agreement on the tariff roaming before the European Union.

‘’ EU still has not managed to harmonize roaming tariff charges for its all 28 members, while Macedonia, Serbia, Montenegro and Bosnia and Herzegovina have succeeded. From the 30th of June, Macedonian citizens will pay less roaming rates when traveling in these countries,” said Ivanovski.