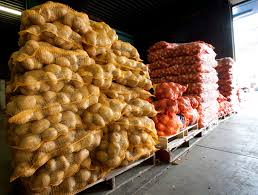 After being informed by the Republic of phytosanitary inspection of the Republika Srpska that in the “Kennebeck” potato seed  which is imported from the EU countries the harmful organism “Futsarium” was found, Federal Inspection Administration has increased controls on consignments of plants at import.

As said in the statement, phytosanitary inspectors made greater control of imports of all shipments, especially seeds and seedlings on all six border crossings in the Federation.

“From January to March 2017, across the border in FBiH 30 shipments of potato seeds from Belgium and the Netherlands were mported. Shipments are sampled and analyzed and results show that all samples are negative, which means that analysis showed that there is no presence of harmful organisms. To recall, “Kennebeck” seeds were not present in these shipments until early March. However, two consignments from the Netherlands were imported in March, and remained under customs control until the results of analysis of samples”, said in the FUZIP’s.