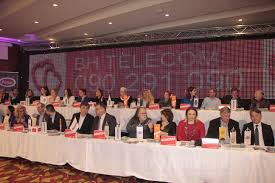 Donation evening for the Bone Marrow Bank BiH was held in Tuzla in the presence of a large number of citizens from the political, cultural, sports and religious life of Canton Tuzla.

Amela Suceska, the project manager of the Bone Marrow Bank, said that their goal is to have 1,500 types of blood samples with the aim to join the European and world associations.

“This is a priority and we are working a lot on the certification of the Laboratory in Mostar. They received assistance from the Government of the Republic of Croatia, and we are hoping that our activities will contribute to speeding up this process by the end of the year,” said Suceska.

Almost a thousand blood samples have been typed so far, and they are currently leaning on the Registry of Croatia since the registry still does not exist in our country.

Almost 60 patients in BiH are waiting for the transplantation every year, and the opening of the Register of the Bone Marrow Bank in Mostar would also enable further steps, including the Stem Cell Bank.

“I appeal to all the institutions of the system, besides the project of the Bone Marrow Bank, to provide maximum support to the Clinical Hospital in Mostar, which worked very hard when it comes to this project,” said Suceska.