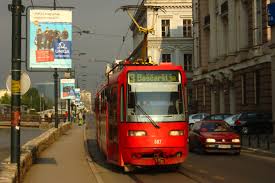 From PUC GRAS informed that in accordance with the decision of the Ministry of Transport of Canton Sarajevo, there will be changes in the performance of public transport due to complete suspension of traffic on the occasion of celebration of the New Year’s Eve on the Square of BiH.

On Friday, the 30th of December at 6:00 pm until the end of working hours, trams will operate from Railway station to Ilidza, bus line 31e Hall – Dobrinja will change the route from Pofalici to Skenderija and will operate on trolleybuses route in both directions, and the bus line 41 for Velesici will depart from the Railway Station instead from Drvenija.

Company GRAS will extend the operation of the tram traffic to 03: 00 am and bus lines City Hall – Dobrinja to 02: 00 am with the aim of providing public transport for visitors of public celebration of the New Year’s Eve, as said in the statement.

So, on Saturday, the 31st of December from 6: 00 pm trams will operate on the route Railway Station – Ilidza, and from midnight to 03: 00 pm in traffic will be four vehicles with the arrival interval of 15 minutes.

Bus line 31e Hall – Dobrinja at 6: 00 pm will change its route Pofalici – Skenderija and will operate on trolleybuses route in both directions, and this line will operate with two vehicles with the arrival interval of 30 minutes from midnight to 02: 00 am.

Bus line 41 for Gornji Velesici from 6: 00 pm until the end of working hours will depart from the Railway Station instead from Drvenija.

On Sunday and Monday, on the 1st and 2nd of January 2017, public transport will be carried out according to holiday or a Sunday schedule.