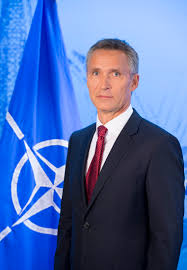 The chairman of the Presidency of Bosnia and Herzegovina Dragan Covic met with NATO Secretary General Jens Stoltenberg, who thanked BiH for its commitment to international security and contributing to NATO missions in Afghanistan, at NATO Headquarters on Thursday. He emphasized that BiH is a much respected NATO partner.

Stoltenberg and Covic discussed the Euro-Atlantic aspirations of BiH and domestic reforms, including the deployment of military assets.

The NATO Secretary General encouraged the continuation of this process and welcomed the strategy on BiH Armed Forces and the BiH Ministry of Defense adopted last year.

“The focus should be on implementing the strategy to make it a reality. I expect that BiH will double its efforts in this area,” he said.