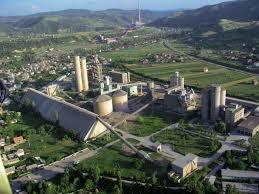 A German-Chinese consortium Engineering Dobersek GmbH and CAMC Engineering expressed interest in the construction of the heating system between Kakanj and Sarajevo, which would provide citizens thermal energy from TPP Kakanj.

This project was of great importance at a working meeting initiated by the Chamber of Commerce of the Federation of Bosnia and Herzegovina, which, besides the German-Chinese consortium, was attended by representatives of the Electric Power Industry of BiH, the Government of the FBiH, the Government of the Zenica Doboj Canton, the Canton Sarajevo Government, JP Toplana Sarajevo, environmental protection agencies and JP Autoceste FBiH.

The guests from Germany and China presented a joint proposal for the project’s operationalization through two funding models which match the basic financial parameters of the project from the EPBiH presentation, which confirms the quality of the study.

Taking into account all the procedures imposed by the legislation for the realization of such a project, they expressed willingness to invest at the moment when law so allows.

Also, it was concluded at the meeting that the realization of the project creates a framework for the development of high efficiency cogeneration in TPP Kakanj through the savings of primary energy based on the consumption of useful heat, and that the project has good financial indicators – for the considered financing model in the ratio of 20 percent of own funds and 80 percent of loan funds, with a nine-year repayment period.

JP Elektroprivreda BiH is in the process of drafting a Protocol on regulating the relations of stakeholders in the implementation of the project on which the Government of the ZDK and interested municipalities from the territory of that canton that welcome the new project. EPBiH expects the Sarajevo Canton Government’s decision with the respective municipalities to proceed with the signing of the protocol and further procedures in the preparation of the preliminary draft, the FBiH Chamber of Commerce has announced.