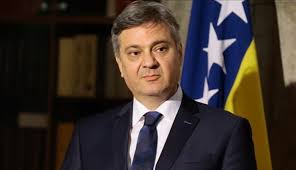 On the occasion of the catastrophic fire that took place last night in the Notre Dame Cathedral, chairman Zvizdic sent a telegram of condolences to French Prime Minister Edouard Philippe.

“I watched how the flames destroy one of the most beautiful architectural monuments in Gothic France, over eight centuries old Notre-Dame Cathedral,” was written in the telegram.

Bosnia and Herzegovina and Sarajevo, whose numerous monuments had a similar destiny, are together in their thoughts with the citizens of Paris and all of France.