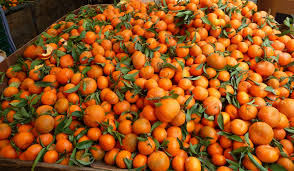 The statement adds that during the inspection of the shipment, the competent inspector performed sampling for laboratory analysis in order to examine the pesticide residues.

”Based on the report on laboratory analysis issued by the Bijeljina Water Institute, the analyzed sample showed an increased presence of pesticides above the values prescribed by the Ordinance on maximum levels of pesticide residues in and on food and feed of plant and animal origin.”

Based on the request of the importer, a superanalysis of the second sample was performed in the City Institute of Public Health Belgrade, which confirmed the first analysis, based on which the inspector issued a decision banning the import of the disputed shipment and issued an order for its return to the sender or destruction under the supervision of a competent inspector.

The Republic Phytosanitary Inspection, when importing fruits and vegetables into the Republika Srpska, performs sampling in order to determine whether it is healthy and safe for human use.

The biggest risk with these products is the amount of pesticides, mycotoxins and toxic metals, and these are the parameters that are being analyzed. The Inspectorate notes that the use of pesticides is not prohibited, that they are used in the production of most types of fruits and vegetables, provided that the permitted means must be used, in permitted concentrations and the waiting period, ie the time that should elapse from treatment to product use.