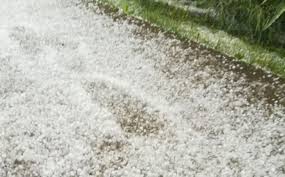 Parts of the largest city in Republika Srpska – Banjaluka were hit today with strong hailstorm preceded by a strong wind.

For Sunday, meteorologists announced rainfall in most parts of the country. Mostly cloudy weather is expected in the next two days, and precipitation is possible in some parts.