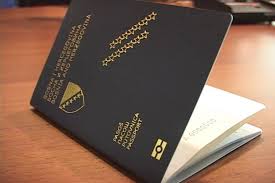 For 11 months of the year of 2016, a total of 50,000 people from BiH, Serbia, Montenegro and Macedoni,  received permissions to work in Germany, and in the same period in 2015 a total of 16,500 people, according to German Federal Agency for Work, which is located in Nuremberg.

Those people needed to have a concrete job offer or an offer for the practice, as reported by German newspaper Welt. German program for quicker asylum was mostly used by the people from Kosovo, and their number was increased by 263 %, or to 16,400, in the 11 months of 2016.

In the same period, the people of BiH received 15,400 approvals. Almost 55,000 refugees, who do not meet the criteria for asylum or have been denied asylum, voluntarily left Germany in the period from January to November, which is 20,000 more than in the previous year.