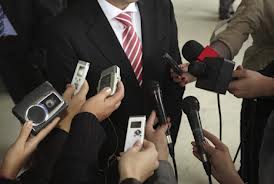 In the first two weeks of the local election campaign, political parties in Bosnia and Herzegovina spent 862,554 BAM on media advertising. The data refer only to the lease of space on television and in the print media. To that should be added 136,300 BAM, which is the market value of the production of videos and advertisements that were broadcast in that period, which totals almost one million BAM.

The data were collected through the monitoring of media content, which was conducted by the media monitoring agency for the needs of Transparency International in BiH (TI BIH).

More than 63 percent of that amount was spent in the second week of the election campaign, and the number of ads aired increased as election day approached.

The data include only advertising on television and in the print media, ie 12 TV stations and 34 print media from all over Bosnia and Herzegovina.

Amounts spent on other forms of advertising are currently unavailable. In the first two weeks of the election campaign, 1,982 appearances of public officials were recorded on three public television services, and their content indicated the promotion of their political and party views.