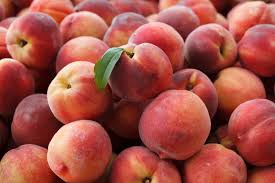 The Phytosanitary Inspection of Republika Srpska has banned the import of 17,700 kilograms of peaches originating from Turkey due to the increased content of pesticides. Import is prohibited to an importer based in the Federation of BiH, the Republic Administration for Inspection Affairs stated on Monday.

Upon inspection of the consignment upon import, the competent inspector performed sampling for laboratory analysis to examine pesticide residues.

Based on the report on the laboratory analysis of the Bijeljina Water Institute, the presence of the pesticide “melation” above the values prescribed by the Ordinance on maximum levels of pesticide residues was determined in the analyzed sample.

The inspector, acting on the results of the analysis, issued a decision prohibiting the import of the disputed consignment, ordering its return to the sender or destruction under the supervision of the competent inspector.